Even though one day isn’t NEARLY ENOUGH, be sure to take the time to celebrate your mom for being an incredible woman.

Mother’s Day: the one day a year that we dedicate exclusively to showing our thanks and appreciation to all the amazing mothers in our lives. Everybody celebrates a little differently! Maybe you like to take your mom out to a lovely breakfast. Maybe you prefer to send a lovely bouquet of flowers. The important thing is that whatever you do, you do it thoughtfully.

Oh, and the other important thing is that you do not forget when Mother’s Day is!

Mother’s Day (in the United States) always falls on the Second Sunday in May. This year it’s May 10th.

In other parts of the world, however, Mother’s Day falls on different days. This can be due to a wide variety of reasons, from coinciding with the Queen’s Birthday (in Thailand), to being later in the calendar to allow children to pick flowers for their mothers (Sweden).

When is Mother’s Day in the USA? This year, it’s May 10th! It’s always the second Sunday in May, so just count your Sundays and you’ll be fine.

Americans typically celebrate Mother’s Day by sending cards (it’s the third largest card-sending holiday of the year), along with sending flowers. (Historically, carnations were sent for Mother’s Day, but my mother would probably disown me if I sent her carnations. Never mess with a gardener.) Other traditions include attending Church service with your mother, or treating her to a lovely meal.

In the UK, Mother’s Day is often referred to as Mothering Sunday, and it is celebrated on the fourth Sunday of Lent. This year, it’s March 22nd.

Mothering Sunday was originally a day when parishioners would have mass at their “Mother Church,” but has now evolved into a holiday celebrating mothers nationwide.

Australia and New Zealand celebrate Mother’s Day on the second Sunday of May -- just like the USA. This year it falls on May 10th! Don’t forget!

Just like in many other countries, folks celebrate this holiday by expressing appreciation for their mothers through gifts, cards, and going out for dinners.

Mother’s Day (as opposed to Mothering Sunday), got its start in the US in 1908 through the efforts of Anna Jarvis. She created the first Mother’s Day service at Andrews Methodist Episcopal Church in Grafton, West Virginia; and then campaigned to have the holiday publicly recognized. 6 years later, in 1914, Congress passed a law recognizing the second Sunday in May as Mother’s Day.

Historically, going to Church and sending carnations were the primary ways of celebrating the holiday. Today, sending flowers, cards, and gifts have become the main avenues of celebration.

You can’t go wrong with a card. Cards offer you the rare opportunity to codify how special someone is to you. Even if you pair with a gift, never forget the card!

What to Write in a Mother’s Day Card

My advice is to always write from the heart. Write something that speaks to the relationship you and your mother have. Cards are a way to convey feelings of appreciation, thanks, and love. Don’t worry too much about elevating the writing to match the formality of the occasion.

If she’s a joker, maybe write a light joke that will make her smile. If she’s a literature buff, perhaps quote a favorite poem. As long as it’s thoughtful, it’s bound to bring a smile to her face!

Printable Mother’s Day Cards have the added bonus that you do not have to go to a Walgreens or a Hallmark store (this is an underrated bonus). You have the ability to choose the perfect card from the comfort of your computer. Plus (major plus), you can type your message as opposed to scrawling it. For those of us (me) whose handwriting has been compared to Elvish, this is something to think about! 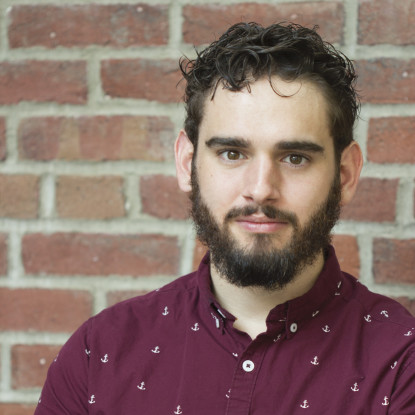 6 Benefits of a Paperless Office

The benefits of going paperless include saving space, time, and money, contributing to a greener world, attracting top talent, and improving security.

What does a paperless office stand for in 2021? Is it costly and how does one execute it? Check out these 12 simple steps for going paperless.

How To eSign PDF

How To Make a PDF Signable for Free

Use our online eSign tool to request others to create electronic signatures and sign your PDF document for free. No registration is required.