What’s a healthy balance between staying on top of strategic initiatives and being highly responsive to ad hoc work? Read on to find out...

Work in product teams can be roughly classified as long-term initiatives, small improvements, and ad hoc items. Long-term initiatives include roadmap items and research efforts, which can span over multiple quarters, whereas small tasks or improvements can be feature iterations that are too small to be included in roadmaps. Finally, ad hoc work can include issues like bugs, maintenance, requests, and inquiries from other teams.

On one hand, it’s important to prioritize those long-term initiatives that can make a substantial impact on the product and deliver value to users. But when focusing only on those long-term initiatives, the team runs the risk of slowly leaning more towards a waterfall methodology, a front-loaded approach that relies heavily on a linear flow of work from the start to the end of a ‌project.

Even though this methodology has its merits, in many cases, it can bring about less flexibility, longer cycle time, and less visible progress, which can adversely affect the team’s motivation.

Focusing only small tasks, on the other hand, can lead the team towards a more reactive state, where work is prioritized mostly in line with urgency and effort. Working like this can create an environment where the team becomes trapped in a short-term perspective, never being able to focus on strategic direction or delivering any significant impact.

Considering the problems that come with each of the above-mentioned approaches, it’s clear that in order to deliver reliable and impactful output, it’s important to find a balance between these initiatives and how they’re tackled.

Setting up an Effective Team

The Mobile Experience team at Smallpdf team comprises four iOS and four Android engineers. This number of engineers gives the team enough flexibility to divide the work into two streams:

Every sprint, one engineer per platform is assigned to work on the fast lane initiatives. This assignment is rotated evenly but can depend on the expected workload and availability. While the rest of the team works on long-term initiatives with fewer interruptions, the assigned engineers are responsible for responding to ad hoc requests quickly and working on small tasks and improvements.

Planning, organizing, and keeping track of the work are critical aspects of keeping the team agile, productive, and accountable. Here are some additional details on how we do this:

After running this process over a quarter, we surveyed the team to evaluate how it affected their day-to-day work from various perspectives. Even though the results are subjective and far from statistical significance, a general sense of how the team was affected by the process became evident. Here’s what was discovered: 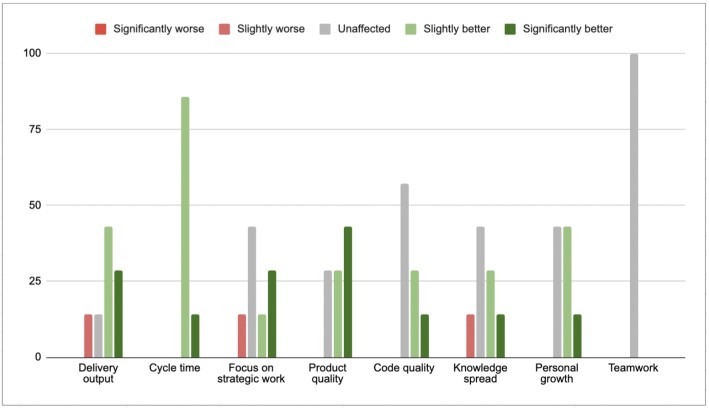 Graph showing how the team felt their day-to-day work was affected by the balance of initiatives.

Based on the team’s feedback, the areas with the most improvement were:

- Cycle time: This is the time between an idea and a solution. Reducing this time improves the team’s ability to react to changes and capitalize on learnings. The improvement in this metric could be attributed to having a dedicated person who handles small tasks.

- Product quality: This could be explained by the fact that fast lane initiatives create the room to iterate on released features and make small product improvements.

- Personal growth: While working on fast lane initiatives, a developer needs to tackle multiple topics and consequently expand their knowledge of the codebase and the product.

Although results are promising, there were some other important learnings gathered from the survey:

For Smallpdf's Mobile Experience team, adding the fast lane to the mix has not only brought a better balance to long-term and short-term work, but has improved the team’s overall productivity, and motivation, all while improving product quality for over 60 million monthly users.

Enjoyed this article? Check out our Engineering Blog for info, insights, and tips from the engineers at Smallpdf. 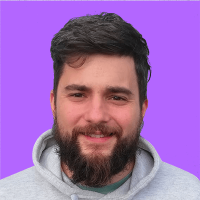 Managing state in a frontend app on scale can feel like a minefield. In this article we’ll take a look at an especially interesting anti-pattern.